Acute Encephalitis Syndrome (AES) that has spread across Bihar’s Muzaffarpur has claimed more than 120 children so far. In just 18 days of this month, the virus has affected 440 children. While 130 of them have been treated and discharged, 150 are still recovering. Twenty-four children who are in critical condition are on ventilator support.

Derived from Ancient Greek, the word encephalitis literally means ‘inflammation of the brain’. AES is a group of clinically similar diseases that cause fatal brain inflammation, along with fever, confusion, disorientation, coma, and seizures. The early symptoms include dizziness, headache, body ache, nausea, fatigue, and vomiting.

Several different viruses, bacteria, fungus, parasites, spirochetes, chemical and toxins can cause AES, and a weak immune system makes one vulnerable to it. A deadly virus named Japanese Encephalitis (JE) is said to cause up to 35% of AES cases in India. Pre-monsoon, monsoon and post-monsoon seasons witness the maximum cases of Encephalitis since the number of Culex mosquitoes—that carry JE virus—increases during these seasons.

What are the causes?

It is well-established that the toxins such as ‘hypoglycin A’, commonly found in unripe ‘litchi’ fruits cause AES. Research shows that in the north and eastern India, consumption of unripe litchi fruit on empty stomachs by children is a common reason for AES outbreaks.

Malnourished children between the ages of 5-15 are at higher risk, as the glucose reserves in their bodies are negligible, leading to conditions like Hypoglycemia (low blood glucose levels). Sharp falls in blood glucose levels can lead to a brain malfunctioning, seizures, coma and deaths in many cases.

A 2013 study by a group of experts affiliated to the Indian Council of Medical Research suggests that heat stroke is a major factor causing AES in Bihar. Temperatures in Bihar have been above 40°C for the most part in this year’s extended summer. While relentless global warming continues, multiple studies have proven that the year on year increase in temperatures can escalate disease prevalence, including that of AES. Such disease outbreaks are known to affect tropical countries like India the most.

Even in this case, experts suggest that intense heat, coupled with low rainfall and poor hygiene may have led to the proliferation of AES although multiple reports and studies cite different causes of the disease. While many factors have been favourable for the outbreak of AES, experts are yet to agree upon the precise reason for such a sudden and rapid outbreak.

Panel to investigate the outbreak

The sudden and rapid spread of AES has raised much concern among the authorities, and the Union Health Ministry has asked a multi-disciplinary panel of experts to probe the matter and come up with solutions. The panel comprises a paediatrician from AIIMS, New Delhi, a neurovirologist from the Nimhans, Bengaluru; and a scientist from the National Institute of Nutrition, Hyderabad. 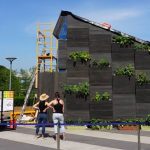 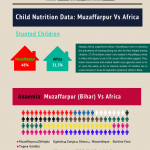