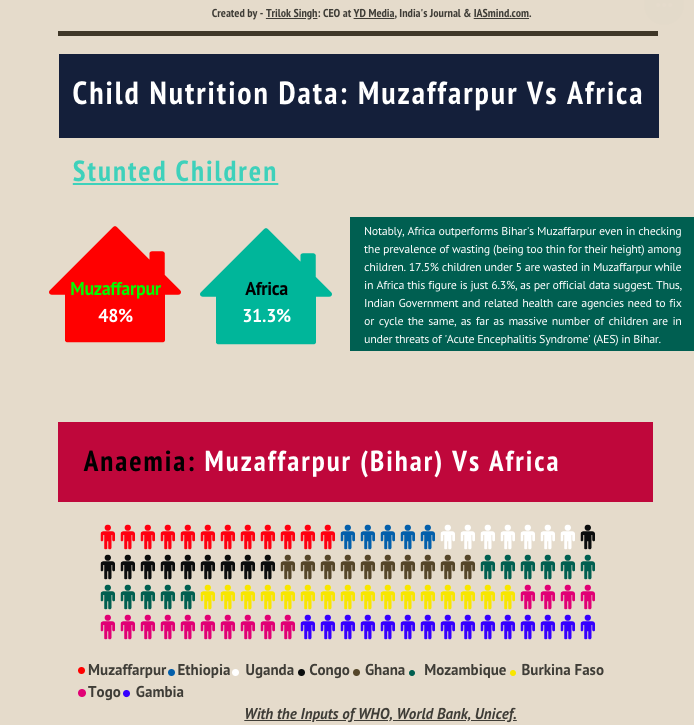 Child nutrition in Bihar’s ‘Muzaffarpur’ worse than most African countries: The Study
Infogram

As per the recent data analysis by World Health Organisation (WHO), World Bank (WB) and United Nations International Children’s Emergency Fund (UNICEF), and its comparative study with statistics for Bihar’s “Muzaffarpur district” has remarked that when it comes to ‘nutrition of child’ and mother, most African countries were perform better than Muzaffarpur district. As per the report asserted, Not just in this case, Africa outperforms Bihar’s Muzaffarpur even in checking the prevalence of wasting (being too thin for their height) among children. Moreover, WHO data for its Africa region proven that 43 African countries have lower prevalence of stunted children than this district. WHO estimates that every year nearly 2.7 million children die due to undernutrition worldwide. Despite this just 7.8% children (6-23 months) receive an adequate diet in Muzaffarpur district in Bihar.

According to a authentic report, Overall, the State (Bihar) does not fare any better than this district and is today the state with highest prevalence of stunting in India. (The national data for stunted and underweight children stands at 38 and 36%, respectively.) In comparison to this data, only 31.3% children in Africa are found to be stunted. As per the WHO’s reports for its Africa region show that 43 African countries have lower prevalence of stunted children than Muzaffarpur district. For Instance; “Ghana (18.8%), Sierra Leone (28.8%), South Sudan (31.1%), Nigeria (32.9%), Uganda (34.2%), Rwanda (37.9%), among others”. Thus, Most of the Study indicates that most of them are better places than Muzaffarpur. Approximately 48% children under the age of 5 are stunted (short for their height), and 17.5% are wasted (too thin for their height), while 42% are underweight – a glaring mark of chronic undernutrition. For more instance, The National Family Health Survey (NFHS)-4, shows Bihar’s Muzaffarpur district has abysmal records of ‘child nutrition’. However, The Union and State health teams are battling the encephalitis outbreak in this region, the report and official data suggest that the Bihar government has been indifferent towards improving “child nutrition” and “healthcare” mechanism in this concerned district – state.

Several research studies have proven that the year on year “increase in temperatures” can escalate disease prevalence, including that of ‘Acute Encephalitis Syndrome’ (AES) or Chamki Fever. However, The Supreme Court of India on June 19 agreed to hear a plea seeking a direction to the Union Government to urgently constitute a team of medical experts for the treatment of the children in Bihar’s Muzaffarpur district, who are suffering from suspected Acute Encephalitis Syndrome (AES), which has claimed more than 130 lives. Meanwhile, A Vacation Bench of Justices Mr Deepak Gupta and Mr Surya Kant agreed to hear the plea on June 24 after the petitioner’s counsel sought an urgent listing of the concern, News Agency PTI reported. The plea also sought a direction to the Union Government for providing all necessary medical equipment and other helps for the effective treatment of the children suffering from the epidemic disease in the region.

Following the study, On an average, only 6.3% children in Africa are wasted as against 17.5% in Muzaffarpur. With 22.7% children wasted, South Sudan is the only African country that fares poorer than Muzaffarpur. Despite this, when it comes to adequate diet, just 7.8% children (aged 6-23 months) receive an adequate diet in Bihar’s Muzaffarpur. In contrast, a WHO report (2017) on the status of nutrition in Africa shows that at least 20 African countries have greater percentage of children who get adequate diet during their infancy. Such countries include Kenya, Rwanda, Ghana, Nigeria among others. As per the highlighted figure here, Another indicator of poor dietary status among children in Bihar’s Muzaffarpur is the high prevalence of “anaemia”. Yet every three among five children (58.5%) aged 6-59 months in Muzaffarpur district is anaemic. Not just children, high prevalence of anaemia (52.4%) are seen even among women (15-49 years). And this prevalence increases to nearly 56% when it comes to pregnant women in this age group. For Africa, based on national nutrition data for 30 countries WHO has estimated that on an average 47.3% pregnant women suffer anaemia. This is 8.7 percentage points lower than Muzaffarpur. In a country-wise break down of the WHO data, report find that Muzaffarpur fares better than 20 African countries but poorer than 10.

Generally, AES is a group of clinically similar diseases that cause fatal brain inflammation, along with high fever, confusion, disorientation, coma, and seizures etc. The early symptoms include dizziness, headache, body ache, nausea, fatigue, and vomiting. Several different viruses, bacteria, fungus, parasites, spirochetes, chemical and toxins can cause the same diseases, and a weak immune system makes one vulnerable to it. Several Research remarked that in the north and eastern India, consumption of unripe litchi fruit on empty stomachs by children is a common reason for AES outbreaks. Malnourished children between the ages of 5-15 are at higher risk, as the glucose reserves in their bodies are negligible, leading to conditions like Hypoglycemia (low blood glucose levels). Sharp falls in blood glucose levels can lead to a brain malfunctioning, seizures, coma and deaths in many cases. Recently, Two commissions set up by the government to investigate into the causes of AES, their studies tries to establish a relationship between low blood glucose levels noticed in poor and malnourished children who slept with an empty stomach and a toxic chemical known as Methylene cyclopropyl-glycine (MCPG) found in litchis that affects the brain during undernourished conditions.

Moreover, A 2013 study by a group of experts affiliated to the Indian Council of Medical Research suggests that ‘heat stroke’ is a major factor causing AES in Bihar. The Studies said that natural toxins in lychees could harm undernourished children by blocking their ability to produce enough blood sugar, which can lead to death. In other words, Researchers who conduced a study of 390 children who fell sick in 2014 in Muzaffarpur district remarked that lychees contained hypoglycin A, an ‘amino acid’ that can disrupt metabolism, lowering blood sugar levels. That can trigger hypoglycaemia, and in extreme cases, death. Also, The study by India’s National Centre for Disease Control and the U.S. Centers for Disease Control and Prevention, asserted that when the brain lacks glucose, it turns to other sources of energy, which are rapidly depleted, eventually pushing people into coma, which can lead to death. The synergistic combination of (lychee) consumption, a missed evening meal, and other potential factors such as poor nutritional status, eating a greater number of litchis, and as yet unidentified genetic differences might be needed to produce this illness, the researchers mentioned in their study, which was published in the Lancet in 2017.

According to a report, Every third women (15-49 years) in Muzaffarpur district is malnourished, having body mass index (BMI) below the normal level (18kg/m2). Government reports show that 33% women in this age group in Muzaffarpur district are underweight. These figures are disturbing because this is the age group that represents lactating mothers, thus indicating that 33% women in the childbearing age are underweight. Controlling maternal underweight is vital not only for the mother but also for the baby because it directly contributes to low birth weight (LBW) and undernourishment of the child right from the time it is in the womb. In Africa, except Eritrea, all countries have a lower percentage of women who are underweight. The average figure of underweight women in Africa is 10.9%, As per data asserted.

AES spreads outside Muzaffarpur in Bihar

After more than 118 children died due to AES in Muzaffarpur, more than two dozen cases of AES deaths have been reported from other districts of Bihar in the last twenty four hours. According to health officials, the deaths have been reported from Patna, Bhagalpur, Banka, Sitamarhi, Samastipur, East Champaran and West Champaran, Patna, Bhagalpur, Banka, Sitamarhi, Samastipur, East Champaran and West Champaran. As per the recent official figures, so far 96 children died in Muzaffarpur”s state-run Sri Krishna Medical College and Hospital (SKMCH), 16 in private Kejriwal hospital, two in Nalanda Medical College Hospital in Patna among others. A senior health official in Muzaffarpur on June 19 however, stated that the situation has been improving here. He stated a team of specialist doctors sent by Union Health Minister Harsh Vardhan reached SKMCH on June 18 night. Ten additional ambulances have been put into services in the worst-affected areas. Besides, 16 Nodal Officers have been deployed at the private health centre”s in the affected blocks. Security at SKMCH”s has been tightened in view of several TV news reporters violating norms and entering ICUs where AES patients were being kept.

Meanwhile, T. Jacob John, a retired professor of virology from CMC Vellore, The concerned disease (AES) can be prevented if children are well nourished, but that is not possible in the immediate term. Further, It can also be prevented by ensuring that children eat a meal at night. All families were taught to provide a cooked meal to children before going to sleep at night. Preventing children from eating litchis is not easy, but the quantity of the fruit can be restricted with parental supervision. With all this health education, I was told that the disease number had come down drastically in 2016-18 compared to what it was in 2014-2015. I don’t know what went wrong this year. To prevent any further back-up amino acid from accumulating, the fatty acid oxidation process has to be turned off quickly. That requires raising blood glucose level to abnormally high levels so that insulin secretion is stimulated, and that in turn turns off the gluconeogenesis.

Despite all of this, While the Bihar as well as union government laid down a standard operating procedure (SOP) in 2015 that mandates grassroots health workers checking with households if any child has shown symptoms of AES, the fact that mortality climbed rapidly this year after having fallen to 33 in 2018, from over 400 in 2012, suggests that there were “lapses in implementation of the SOP”. Besides, litchi-related hypoglycemic encephalitis being suspected is an indicator of lingering protein-energy malnutrition in children in the area as well. Uttar Pradesh, after 500 children died in the 2017 outbreak of ‘Japanese encephalitis’ (JE), launched a vaccination drive against the same, and intensive health awareness and sanitation coverage (JE is spread by mosquitoes)—in 2018, cases dropped to a third of that reported in 2017.

If Bihar and the government has failed to learn from UP’s example, then the blame for this year’s toll rests squarely on the state government. Yet, it’s a dire need to fix or cycle the same by using large number of health camps with top-up doctors and awareness task for rural community in Bihar, Case Review on daily basis, here government need to provide batter food security system, Restructuring of Public Distribution Service (PDS), Restructuring of “Anganwadi” and provide economic supports to poor family in the concerned region by implementing affirmative schemes in the country and build a powerful health care management system to face these kind of menace in upcoming time. Take care all.

Note: For Correction you may mail me anytime at trilok@youthdarpan.com. Here, Inputs are well documented with official data. 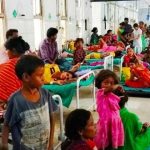 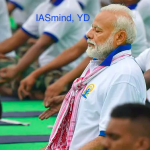