Expressing concern over the massive extraction of groundwater for agriculture, the Economic Survey 2019 has recommended adoption of micro-irrigation systems (MI) to improve water use efficiency.

It can be seen that the states with penetration and improved adoption of MI systems have almost 40 to 50% savings in energy and fertilizer consumption, said the survey presented in Parliament by Finance Minister Nirmala Sitharaman on Thursday.

In India, according to the Asian Water Development Outlook, 2016, almost 89 per cent of groundwater extracted is for irrigation.

The #EconomicSurvey2019 outlines a vision to achieve a $5 Trillion economy.

It also depicts the gains from advancement in the social sector, adoption of technology and energy security.

“There is a major concern whether the present practice of groundwater use can be sustained as the depth of the groundwater level continues to drop. By 2050, India will be in the global hot spot for ”water insecurity”,” it reads.

It also noted that the cropping pattern in the country was highly skewed towards crops that are water intensive, and the incentive structures like Minimum Support Price (MSP), heavily subsidised electricity, water and fertilizers played a significant role in the misalignment of crop patterns.

“Adopting improved methods of irrigation and irrigation technologies will have a critical role in increasing irrigation water productivity along with re-calibrating the cropping patterns… adoption of micro-irrigation systems (MI) is one of the possible ways to improve water use efficiency,” it said.

It said the costs of installation of MI systems can be a disincentive unless subsidies were given by the government to small and marginal farmers.

The survey also said a combination of measures which suit the local agro-economic context need to be applied to improve irrigation productivity in agriculture which would reflect sustainable water use in agriculture.

“In this regard, focus in agriculture should shift from ”land productivity” to ”irrigation water productivity”. Therefore, devising policies to incentivise farmers to adopt efficient ways of water use should become a national priority to avert the looming water crisis,” it said. 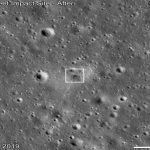