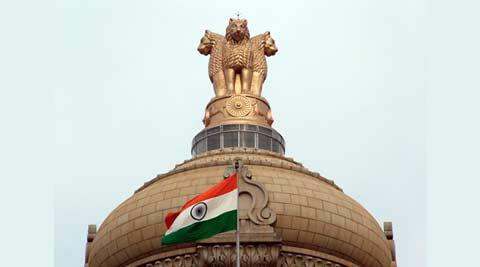 In the changing global competitiveness, there is a tremendous scope for improvement in agriculture in the North-East region, including Meghalaya

He said ICAR Research Complex for NEH Region, Umiam, since its inception has done many basic, strategic and applied research specific to the farming problems of the NEH Region. It developed 32 location specific farming system and agro-forestry models, including viable alternatives to shifting cultivation, release of 56 crop varieties, which includes 37 rice varieties, identifying high yielding livestock and fish species/breeds, packaging of practices for field and horticultural crops including production technology for 32 crops on cropping system basis, livestock and fish farming practices, crop and livestock production measures etc. are some of the salient research achievements of the institute. Recognising the need for the skilled human resource in the development of agriculture, the Central Agricultural University, Imphal, has been strengthened. Before the Modi Government, there were only seven colleges in the eastern states, which has been increased to 13 in the last three-and-a-half-year and it includes a horticulture college and an agricultural college in Badapani, Meghalaya. Earlier, there were 5 Krishi Vigyan Kendras (KVKs) in Meghalaya and now the state has seven.

The Minister appreciated ICAR, NEH Region, Umiam, for launching the programme to double the income of the farmers on a pilot basis in the villages adopted by them in the next 5 years.  He said 90 per cent assistance is given to North-East states and Meghalaya should accelerate the implementation of these schemes.

Hon’ble Minister for Agriculture and Farmers Welfare Shri Radha Mohan Singh said the Government has initiated different flagship programmes for the welfare of the people living in rural areas, especially farming communities by improving the current farming systems and thereby doubling their income from agriculture and allied sectors. The Minister said this at the North Eastern Regional Agriculture Fair 2018 organised by the ICAR Research Complex for NEH Region, Umiam.

In the changing global competitiveness, there is a tremendous scope for improvement in agricultural in the North-East region, including Meghalaya. Continuous employment generation in farming sectors through location-specific technologies in a profitable manner in partnership with different stakeholders are the driving forces to attract and retain youth in agriculture. The cooperation and convergence among the states, public, private and other stakeholders in the state and sharing of information, technology, knowledge and resources can play a key role in mutual development by saving of precious natural resources and time.

The Minister said that through the adoption of improved technologies, the productivity and farmers’ income can be increased. The superior quality horticultural crops such as orange, pineapple, flowers, etc. can be produced in the region and the surplus can be marketed with the effective supply chain management, a key area that needs intervention. The farmers can increase their income by adopting technologies like crop rotation, integrated farming, organic farming, double/triple cropping system by the farmers instead of relying on traditional farming.

To boost the agriculture sector, the Indian government has set up an ambitious goal to double farmers’ income by 2022. For this, the government has started various schemes – from irrigation, soil health management, organic farming to crop insurance. The government of Meghalaya should utilise the amount allocated under Prime Minister’s Pradhan Mantri Krishi Sinchai Yojana. The state government has failed to spend the funds amounting to over Rs. 50 lakh allotted for micro-irrigation under Per Drop More Crop scheme. It is lying unused for four years. In FY 2015-16, Rs 1.44 crores was given for water management and water harvesting, the government could not spend the amount in that year.

Even in the year 2016-17, it was unable to spend Rs 32 lakhs and for the year 2017-18, the state has Rs 2.2 crores and according to the information, the expenditure report has not been submitted to the Government of India. In FY 2015-17, Rs 44 lakhs was allocated to the Meghalaya government for Soil Health Card (SHC) and as per the information available, so far 2,09,000 Soil Health Cards have been distributed. And this year Rs 53 lakh has been allocated for SHC.

Meghalaya is organic by default and a new scheme was launched after Modi government came to the power and allocated funds to the state. The utility certificate of Rs 1.59 crorea allocated in FY 2016-17 has not yet been sent to the Government of India. The funds allocated by the Modi government in the last four years under oilseeds and oil palm mission wasn’t utilised between 2014-15 and 2015-16. In FY 2016-17, only Rs 57 lakh has been spent.

The Government allocated Rs 1.5 crores in FY 2017-18, and out of that Rs 80 lakhs has already been released. So far, we don’t have any report of expenditure. I would like to tell the state government to speed up implementation of the schemes started by the Modi Government to increase the income of the farmers.