Some Idea’s and alternatives:- 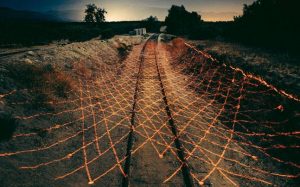 We Indians have also border with Nepal, Bhutan, Mynamar which is not guarded. Any body from Nepal and Bhutan can enter India or from this side without visa. But the Indo-Pak border is not same. We are fought 4 wars. In Short, Settle Kashmir dispute first and then build Chinese Wall type wall of borders. As long as you will occupy Kashmir, your lesser fencing won’t make you safe.

There are many alternatives to Solved border issues and  above kind of terror attacks these are:

1. Well India can use all possible technology available but fact of the matter is that the terrain on border is not such that anything can be 100% proof. Human are super intelligent so these terrorist can be stopped when Pakistani forces also support. 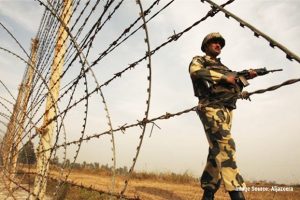 3. India need to trust technology compare to political relation. India needs to develope ‘super-radar’ system that can also detect human beings in that area. Top priority to build laser technology and above technology on border areas and promote BADAP. 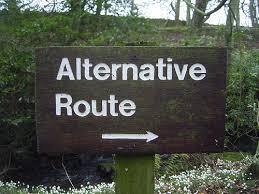 4. Considering huge population we have, I am sure India can deploy men at every 50 meter along the entire border stretch and To solved Uniform issues by the respective ministry. and Dress or Uniform issued only on the basis of Service Identity Card. 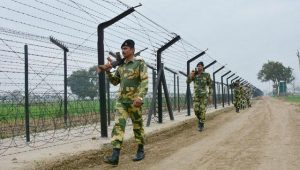 integrity and sovereignty, cooperation for Global benefit because above are global issues and promote peace Talks.

8. To build Single Global Platform to counter or faced these kind of terror attacks.etc… Recently Some Development By the Border Security Force (BSF)These are: ?

Above are Very Good initiative taken by BSF to prevent infiltrations. The Home Ministry has given top priority to more than 40 vulnerable unfenced stretches along the Indo-Pak border and will be covering them with laser walls soon. with the Home Ministry giving it a Top Priority to check any infiltration of terrorists in the wake of the Pathankot attack. All these riverine stretches located in Punjab will be covered by the laser wall technology developed by BSF to completely eliminate the chances of breach of the international border by Pakistan-based terror groups, a Home Ministry official said.

Laser light beam sensors (also called light curtains) are used as safety barriers in industries for a long time. It is high time to use this technology at our borders considering its porous nature. Laser technology is very common today. For example, it is there in every automatic opening door and the lifts in the high-rise buildings! Attaching a sharp-sound siren to activate with laser beam interference, is the only difference. This is a very good plan. Not only in Punjab but it should be deployed along with the full border including Gujarat and Rajasthan.

A camera to keep watch over the 130-metre-wide river bed was found to be not recording the footage. BSF has covered this stretch by putting up a laser wall last eek before Prime Minister Narendra Modis visit to Pathankot air base on January 9. The border guarding force had started putting up laser walls on unfenced riverine stretches of international border last year in Jammu sector, which was more prone to terrorist intrusions till three terrorists carried out attack in Gurdaspur in Punjab in July last year.

The terrorists believed to have entered India five kms downstream of Bamiyal near the Tash border outpost – a riverine point not covered by a laser wall as well. Bamiyal has BSF posts on either side of the river with a personnel on each post keeping a watch on the river round the clock. The area is also lit up with high mast lights. There is a possibility that the six JeM terrorists might have walked through the dry river bed at night and BSF personnel might have missed them.

All these riverine stretches located in Punjab will be covered by the laser wall technology developed by Border Security Force to completely eliminate the chances of breach of the international border by Pakistan-based terror groups, a Home Ministry official said.