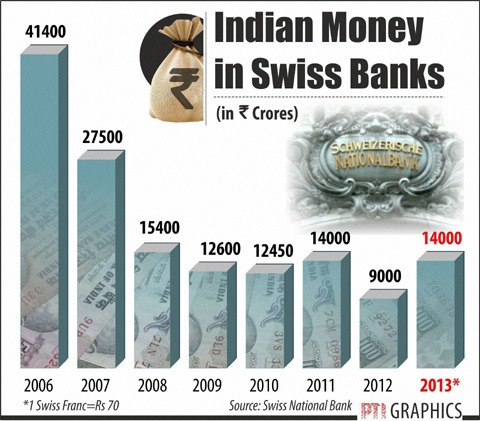 What is Black Money:- income illegally obtained or not declared for tax purposes.

Finance Ministry Arun Jaitley said that No need to show bravado on black money issue. Jaitley also said that the government will make all efforts to ensure all the accounts are disclosed.

What is voluntary disclosure of income schemes, 1997:-  VDIS was a very unconventional but successful step among the Indian economic policies. It would give an opportunity to the income tax/wealth tax defaulters to disclose their undisclosed income at the prevailing tax rates. 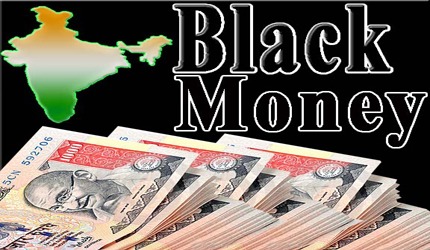 Implementing the new Act requires identifying undisclosed income stashed or invested in a foreign location which has always been a difficult task. Even though the increasing risk of detection through improved international tax cooperation coupled with the availability of voluntary disclosure programmes have led to success of such programmes in various countries, for example, $2.7 billion recovered by the USA from its Offshore Voluntary Disclosure Initiatives (2009 and 2011). But these voluntary schemes have also been criticised for being unfair to honest taxpayers, as well as for their failure to achieve the objective of unearthing undisclosed money.

The Act is limited in scope, since it applies only to illegal money held or earned abroad, unlike the voluntary disclosure of income schemes (VDIS) of 1997 which garnered Rs 33,000 crores (and Rs 10,500 crores as revenue to the government), which did not differentiate between onshore and offshore funds.

Under the UnFINA, the government will collect around Rs 2488 crores as revenue from the declared wealth. It can be used in the planned infrastructure projects without depending on multilateral lending institutions or social development projects or even for the Jan Dhan Yojana accounts which are mostly zero-balance ones. 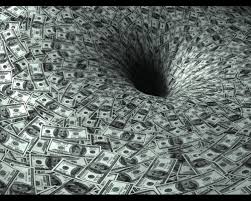 Unlike the VDIS 1997, the UnFINA-With both tax and penal rates-is not an amnesty scheme, which actually makes it a less effective tool in unearthing hidden offshore money, as the low compliance rate is associated with steep tax and penal provisions. In order to tap the remaining undeclared assets abroad, the Act can be modified, after a reasonable time-gap, to a mix of moderate tax rate with an infrastructure bond scheme (instead of the penal rates) which would then serve both the achievement of its original purpose to a greater extent and meeting the country’s infrastructure gap as well.

Black money has proximity to money laundering and both result in capital flight. According to Global Financial Integrity, the cumulative illicit outflows from developing economies for ten years between 2003 and 2012 stands at $ 6.6 trillion among which India is 4th positioned with its share of $ 439.59 billion (Rs 28 lakh crores) after China ($ 1.25 trillion), Russia ($ 973.86 billion) & Mexico ($ 514.26 billion) in the overall ranking for a decade. The financial crisis of 2008 and the resultant need for revenue protection further strengthened the essentiality of transparency, cooperation and wider anti-black money drive at the global level.

Apart from proper estimation, the under-standing of the genesis of black money is very important for detection and prevention. But the main focus of the government is to bring back the black money stashed outside, mainly from the Swiss banks, which actually diverts attention from the real problem.

Growing international pressures from the Organisation for Economic Cooperation and Development (OECD) and other G-20 countries (particularly the USA, India, etc.) have forced the Swiss Government, which has long been attracting foreign deposits and maintaining them under its confidentiality-cum-secrecy provisions, to relax the ‘confidentiality’ provi-sions and share information about illegal or unauthorised deposits with all other countries. Now except for cases based on ‘fishing expeditions’, countries having double-taxation avoidance agreements with Switzerland, like India, can obtain information after providing legitimate proof of violation of domestic tax obligations. So far Switzerland has provided names of five persons on request by the Indian authorities. According to the Swiss National Bank (SNB), the deposits held by Indian companies or citizens in the Swiss banks are estimated to have decreased from around Swiss Francs (CHF) 1.95 billion in 2013 to Swiss Francs (CHF) 1.77 billion (Rs 123.50 billion) in 2014. But these figures do not differentiate between deposits from legal and illegal sources.

The Government should rather focus on new financial centres of Dubai, Singapore, Virgin Islands, Luxembourg, etc. where much of the Indian black money has been accumulated over the past years rather than on Swiss banks. These funds in tax havens are often routed back to India through Mauritius, which has a Double Taxation Avoidance Agreement (DTAA) with India. Dubai is believed to be a major offshore financial centre for transfer of illegal money because of its mysteriously growing trade with India despite being a non-oil country for the advantage of DTTA between the two countries and also because of the role of its gold and diamond traders.

Moreover, in this highly integrated financial world, deposits in Swiss banks can be moved in quick time into other assets in other tax havens (like Mauritius and Singapore) and offshore financial centres, perhaps even brought back to India in the form of foreign direct investment (FDI) through tax havens, global depository receipts (GDRs) issued by Indian companies, and investment in Indian stock markets through participatory notes (PNs). During 2000-2011, Mauritius and Singapore had a large share (41.8 per cent and 9.17%, respectively) in FDI in India, which is not compatible with their small economies.

A large chunk of FDI is being laundered back via ‘door-plate’ companies in Mauritius, for low tax structure, avoidance of taxes and/or concealing ultimate investors, many of whom can be Indians who have invested in their own companies—a process known as Round Tripping. Globally the tax havens have gradually come under scrutiny, given their role in creating risks of terrorist financing and money laundering.

The recent Vodafone tax case in India is a testimony to the misuse of corporate structure for tax avoidance and also the problem of such jurisdictions. Discovering the real footprints of ‘round tripping’ is going to be exceedingly difficult. A large part of illegal income generated by tax evasion in real estate, exports/imports, and corruption in large government procure-ment orders is used and reused in the domestic economy, again in real estate, smuggling, crime, bribery, elections, etc.

Anonymity of actual beneficent holders of the PNs or overseas derivative instruments (ODIs) issued by the Foreign Institutional Investors (FIIs) against the underlying Indian securities, (equity, debt, derivatives, or even indices) and free trade and easy transfer of these instruments make them easy route to money laundering. According to SEBI, the outstanding value of ODIs at the end of February 2015 stood at Rs 2.715 lakh crores with the top five locations of the end beneficial owner of ODIs are Cayman Islands (31.31%,), USA (14.20 per cent,), UK (13.49%), Mauritius (9.91%) and Bermuda (9.10%). From the small economic size of the countries like Cayman Islands, Mauritius, Bermuda, it is apprehensible that the final beneficiaries of ODIs are not from these jurisdictions.

India is ranked 85th among 175 countries in the latest Corruption Perception Index of Transparency International. It would be better to focus on tracing the footprints of the black incomes where they are generated domestically, for example, in sectors like real estate, jewellery and Fast Moving Consumer Goods, etc. In FY14, the IT Department detected Rs 1,01,181 crores as undisclosed income and unreported income which is more than double the figure of FY13.

The already-introduced Advance Pricing Agreement (APA) of an international transaction for determination in advance to deal with international taxation and transfer pricing will ensure avoidance of trade mispricing and tax certainty for the MNEs located in India or doing business with India. But it cannot control transfer pricing cases between unrelated transacting entities.

The present networks of DTAAs and Tax Information Exchange Agreements (TIEAs) mostly have limited provisions for repatriation of undisclosed assets and there is no international consensus except the United Nations Convention against Corruption (UNCAC) under which repatriation is possible for the undisclosed overseas asset representing corruption money. The DTAAs emphasising on Secrecy Clause may be renegotiated on the lines of OECD Model Tax Convention Article 26, prohibiting the country from withholding of information on the ground/pretext that the said information is not needed by their Tax Departments or their domestic law prevents the FIIs or banks to pass on such information.

Among the latest measures taken to deal with various new dimensions of black money are: 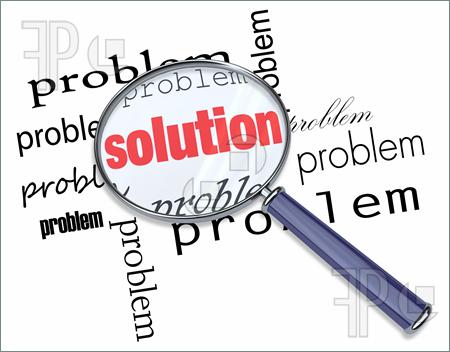 1.Constitution of a Special Investigation Team (SIT) (2014) on the Supreme Court order (2011) for a comprehensive action plan against generation and stashing away of unaccounted money in foreign banks, or in various forms domestically;

2.SEBI stipulation that the issue of ODIs by Foreign Portfolio Investors only to entities regulated by an appropriate foreign regulatory authority subject to compliance with ‘Know Your Client’ norms;

4.The government handed over a list (provided by the French Government in 2011) of 627 Indian account-holders with an HSBC subsidiary in Geneva to the Supreme Court which in turn passed it on to the SIT for examination;

5.The recently-signed Multilateral Convention on Mutual Administrative Assistance in Tax Matters, which has provisions for Automatic Exchange of Information (AEOI) based on Common Reporting Standards (CRS) will enable India to prevent international tax evasion, to get assets information and deal with the problem of black money; 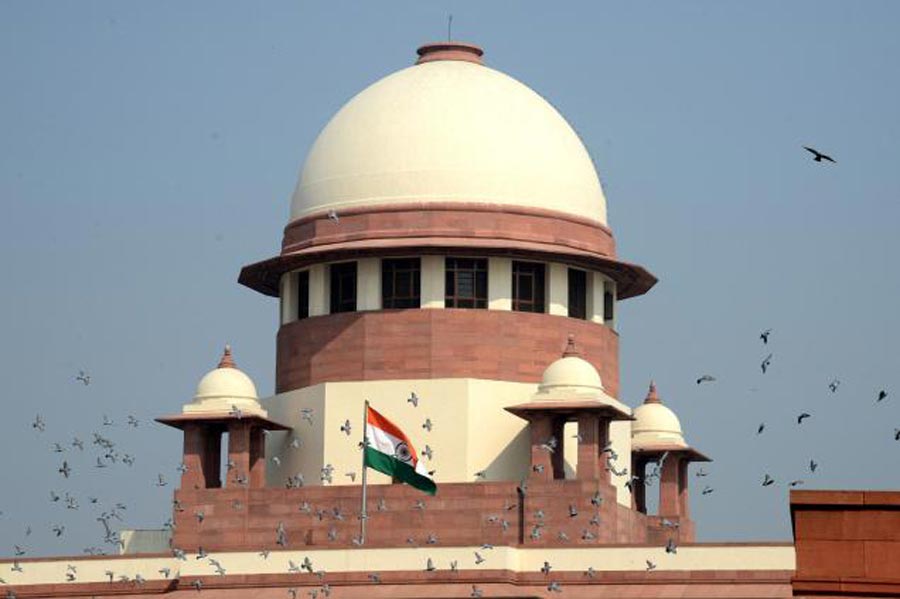 6.Agreement on Foreign Account Tax Compliance Act (FATCA) with the USA will ensure reporting by both the countries on tax information by foreign financial institutions operating in each other’s territory;

7.The GST Network system is expected to reduce cases of indirect tax evasion, once GST gets started;

But the ever complex situation needs more to be done in the following areas:

1.A separate Act in order to unearth unaccounted/ unreported incomes held in different forms within the country also is needed;

3.The SIT has suggested signing of a mutual legal assistance treaty (MLAT) with the tax havens like Cayman Islands, Guernsey, Lichtenstein, Monaco, Bermuda, Malta, British Virgin Islands and others. The existing DTAAs, TIEAs, etc. are limited to only collection of documents and do not help in attachment or restraint of funds or assets of a suspect black money holder of India;

4.Revision of the DTAA with Mauritius with inclusion of ‘Limitation of Benefits’ in line with Singapore to avoid ‘Treaty Shopping’;

5.The TIEA with the United Arab Emirates (in view of Dubai’s significance);

7.Limit on high cash transaction, promotion of banking in unbanked rural areas and use of credit and debit cards, since they leave adequate audit trails; UID, direct transfer of subsidies and social audit to prevent leakages under various social sector programmes;

9.Introduction of General Anti-Avoidance Rule (GAAR) as per the schedule without the controversial retrospective taxing provisions; enactment of the Benami Transactions (Prohibition) Amendment Bill, 2015;

10.Vigilance on sources of expenditure of candidates during election;

11.Stringent vigilance on operation of PNs in financial market;

12.Enforcement of KYC norms in the Cooperative and Non-Profit Organisation sector for prevention of black money, money-laundering and financing of terrorism;

13.Effective data mining tools, improved IT infrastructure in economic intelligence agencies for seamless integration of the systems and databases of all departments and agencies on real-time basis into a single central database; Reducing multiplicity of authorities;

15.Increasing scope of income tax on cash-economy of rural and agricultural sector with a reasonably high level of thresholds for small farmers;

vi. ‘UnFINA and Money Laundering in India’, BMR Advisers, May 2015.

xi. ‘A Study on Widening Tax Base and Tackling Black Money’, FICCI, February 2015.