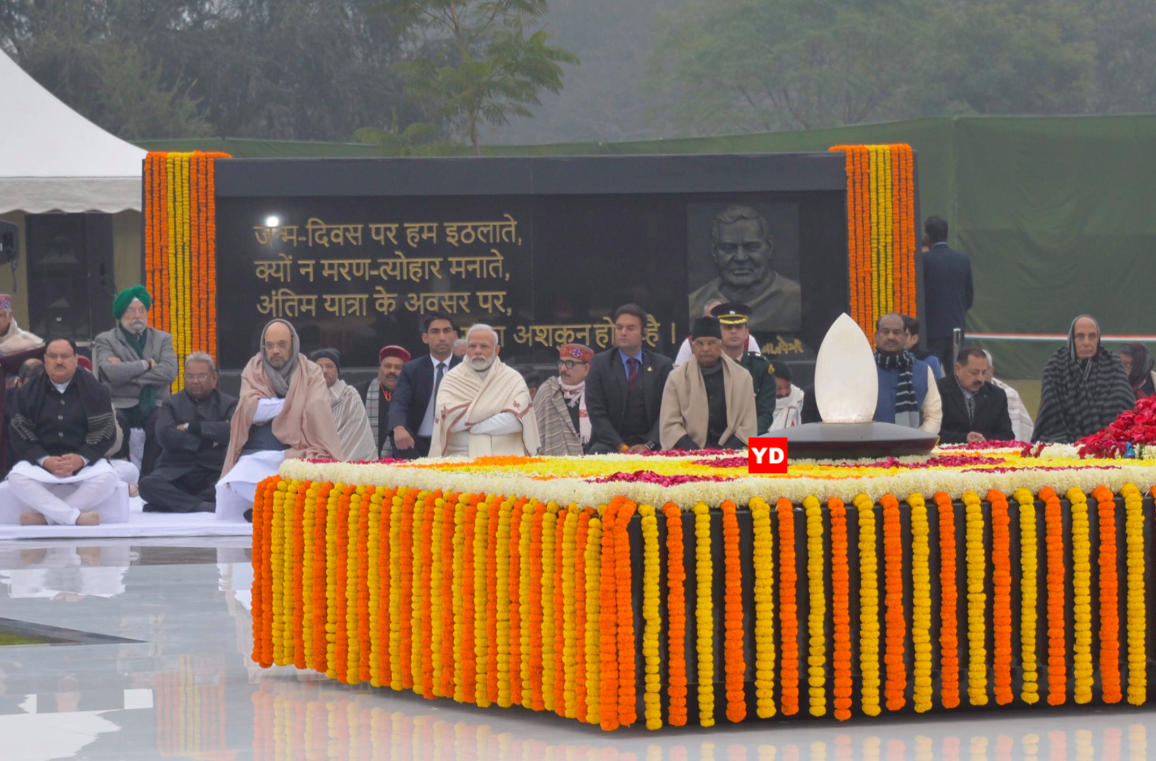 Bharat Ratna Atal Bihari Vajpayee ji may be gone, but his ideals and thoughts are here that today’s polity – both the ruling & the opposition – desperately need to follow in this time of animated disagreements and name calling. #95thBirthAnniversaryOfAtalJi. Also, we tribute to Madan Mohan Malviya ji on his Birth Anniversary, Popularly known as a Educationist and Freedom Fighter.. Merry Christmas to all (DEC 25): Youth Darpan, trilok.facebook.com, and IASmind.

The PM in a minute-long video message in Hindi said the words of Vajpayee were powerful, but his silence had even more power. “He had an amazing power of knowing when he should turn mute and when he should say,” Prime Minister asserted. The PM remarked, “The citizens of this country give their tribute to former prime minister Atal Bihari Vajpayee, who is in their hearts, on his birth anniversary.”

Union Home Minister Amit Shah stated that Vajpayee left an indelible mark in Indian politics with his “nationalistic thinking, impeccable image and dedicated life to the nation”. “The life of Atalji was based on ideology and principles. There was no fascination of power in his life. Under his leadership, the country saw good governance happening,” Amit Shah stated. Also, The Congress on his 95th birth anniversary stated, “Tributes to former PM Atal Bihari Vajpayee on his birth anniversary.”

Significantly, The Union Cabinet on Dec 24 chaired by the PM Modi has given its approval for the implementation of the Atal Bhujal Yojana (ATAL JAL), a Central Sector Scheme with a total outlay of Rs.6000 crore to be implemented over a period of 5 years (2020–21 to 2024–25). It has been designed with the principal objective of strengthening the institutional framework for participatory ground water management and bringing about behavioral changes at the community level for sustainable ground water resource management.

Hence, The PM launched the “Atal Bhujal Scheme” from National Capital for better management of groundwater, stressing on the need to use technology which helps prevent wastage of water in various spheres, including agriculture. He also named Rohtang passageway in Himachal Pradesh as Atal Tunnel to mark the 95th birth anniversary of former prime minister Atal Bihari Vajpayee. Thus, the Implementation of “Water Security” Plans through convergence of various ongoing – new schemes of the Government of India and State Governments to facilitate judicious and effective utilization of funds for sustainable ground water management.

Consequently, The current dispensation loves to take digs at India’s first PM – Jawaharlal Nehru. Former PM Atal Bihari Vajpayee, whose 95th birth anniversary is celebrated today, too was unsparing in his critique of Jawaharlal Nehru, while respected the high office Nehru held. In his famous address to Parliament after the Vajpayee-led government had lost the vote of confidence in 1996, the ruling stalwart had stated that, “These power games will go on. Governments come and go. Parties appear and disappear. But this country should remain and its democracy should remain eternally.”

On Dec 25, The President also marked Christmas day and stated to all fellow citizens and especially to our Christian brothers and sisters in India and abroad. This is a day to renew our commitment to values of compassion, love, fraternity. May Jesus Christ bless us all with happiness and joy. While the PM said that, “We remember, with immense joy, the noble thoughts of Jesus Christ. He epitomised spirit of service and compassion, devoting his life towards alleviating human suffering. His teachings inspire millions across the world”. 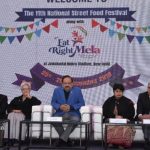