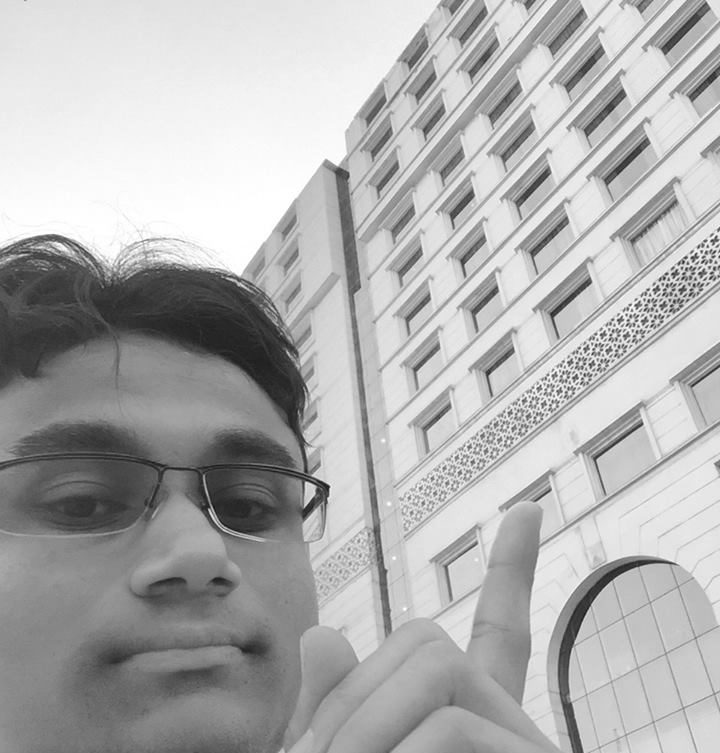 “The ability of two Institutions namely state & market to influence human affairs has always been subject of great discussion among the  scholars across the world. To what extent former and later impact each other is also matter of research for party concerns. However, our aim here is to fathom the watershed incident in global political-economy  discourse called structural adjustment program(SAP) its profound impact on developing countries. No particular policy can address the universal ills ,primarily,on account of changing context , so does the given exercise .In this writing attempt has been made to understand the extraordinary influence of same policies.In the same light we must acknowledge the myriad challenges the we confront as far as the stated policies goes.what we can learn from these exercise in term of our approach to development activity in per se. How we can get rid of these lacuna in order to make our effort  more productive efficient to serve the purpose for which  it was meant .lastly it must be mention here that conceptualization of  this exercise cannot be done without taken  into account the context which constitute the mainstay for particular  policy”.

Development is one of the few words that we human being confront almost on daily discourse in many ways and the reason quite simple no individual or institutions can be universal in nature it has to have go through certain amount of change depending on the context this very process is called development we have seen how the one move of the government of the day influence the public life at large. Development being embedded in human mind since the dawn of human evolution, has undergone remarkable change there has been a significant shift in the concept of development and consequently its measures and measurement technique. However, in popular perception the root of developmentalism can be trace in western part of the world, which was followed almost everywhere across the globe. Before we get into deep understanding of same we must be certain about what it, (Development) in true sense stand for it should neither be borrowed nor impose and should ensure welfare of all in a given society.  Thomas Friedman remark that most basic thrust about development is that “no one is incharge “, that statement implies many think to us.equalization  of human  is fundamental concern of  said process .having said this it must be noted that these activity can’t be done  alone by the state. As a result . the other prominent player market came into picture.structural adjustment program (SAP) is  one of the traits of market which reduce the overwhelming presence of state in enabling the individual their highest possible growth through democratic means .to counter the fiscal imbalance of poor countries  (SAP)backed by bretton institutions namely IMF and WORLD BANK  is highly important.

Objective of the paper

Economic policy and development issue particularly SAP have dominated developing countries concerns because they have been implicated in the rise of poverty designed by the Word bank and the IMF this particular economic policies came into being in most of the south since early 1980. Interestingly 34 countries have implemented  The SAP package which addresses monetary and fiscal issues mainly address inflation the longer term SAP is aimed at the promotion of production and resource mobilization through collective effort. This is an exercise is being undertaken to limit the role of government in the economy promote a private sector operations and remove restriction or hurdle in the economy and ensure market determined  prize.

One of the other relatively less talked about aspect of SAP is its puss for the poor nation to play as important role as rich nation performs. Technology change everything so does the potential of state to counter the force. Global market forces provide incentive for every nation to put on what Thomas fried man has called “golden state jacket” what does it really mean to us?  Now, let us considered the above said phrase in a more detailed manner.

The essence of this paper is that how well we came through the era of globalization because for quite a considerable period of time the world has had witnessed absence of such a landmark in movement in world economy.

Sap are suppose to allow the economy of developing countries to become a more market oriented as result it unable them to acquire market oriented approach to the problem. Some of the major features of SAP are privatization and De-Regulation as well as external once specifically reduction of trade barriers. At the same time we must mention here that those countries which fail to enact these programmes witnessed great deal of criticism. Some people went on to say that financial threats to poor countries is equally meant to blackmail to which poor country/Nation have to comply. Some people believe that increase of the local government participation in creating the policy which lead to greater ownership of the loan programme thereby having a batter fiscal policy.

It was Chinese philosopher Mozi who had said that I was being ask this question many time that what is the way of universal love and mutual benefit. In other words, How can we avoid war or uncertain period in the long run. He answered above question in a very simple manner by saying that we can resolve all the issue if we regard other people countries as once own. In a same light another scholars was being ask which country he belong to? He said, I’m citizen of the world. On the part of policy makers SAP was a landmark moment in a sense that it not only redefine the nation-state boundary and allow other side of the same coin market to function at the same time giving the later larger goal to attain in terms of its capability to do thinks that will serve the humanity at large.

World’s leaders have recognized that plight of the poor people has to be taken care of, therefore they made SAP effective to them. Although, to what extend they have been successful and to what not is something to be seen.

Whether a given distribution of wealth among various section of the society is JUST or UNJUST can only be decided by taken into account the Situations in which the wealth had been given in order to have a better understanding let us consider one hypothetical situation. Imagine that we are living in a village in which everyone put their wastes down a giant sink. No one is going to know about really what is going to happen?

So, there is a great deal of confusions among all the peoples. In this very scenario the ability of one group to take lead an addressed the question of dealing with the sad confusion. In a same manner the role of market came Into being in order to counter the prevailing imbalance of payment among the poor nation hood. That may be subject to debate or even criticism on the part of policy maker but their efforts to dispel the myth that nothing can be done is praise worthy. Nevetheless ,it is not as simple as it appear because of many reason for a considerable period it was believed that  it is the only state that can carry out  the development activity within given society . role of other agency not only market hardly considered in this respect .it was only when the scholars  around the world came together to have a particualr kind of policy to further carry out the said activity.it is intresting to note that . despite so much of reduction on the part of state ,still lot more needed to be done because .stated goal can’t be achieved only through market . there  has to have greater synergy among the other institution is required to meet   stated objective of (SAP) in a given context.

Apart from  the said institution. Civil society has the great role to play in a changing  scenario . In a country like india where reasonable amount of awarness has been created by various players or shall we say sub players of neo-liberal economy .the role of market is ‘evidently  seen as the agency of change because of its potential to perform in specific territory..

Relevance and importance of (SAP)

Over the last cupple of the years dominant approach in policy making has been the profound impact the new liberal structure of the world not in the sense that it is all there is to be globalization but in a sense it become a global regime. Contemporary globalization can be rightly describe as a packages deal that includes informatization (Application of information technology), flexibilization and various other change like reconfiguration of state. What is avident is that, increasing impact of new liberal policy edit to the sad packages

Generally, on set of new liberalism as the confluence of the economic ideas of chicajo school and policy of ronald reagan and margarat thatcher the were the once who put the seeds of new liberal concepts to the world and as result it become the inseparable part of larger global governance.

Wasington Concensus, those who are in the business of policy making at higher level must be know that what wasinton concensus stand for? Like above stated SAP the wasington concensus has great deal of influence to the policy making of world growing grip of state with regard to various activity determine to unleash the development agenda of state and to bypass the other institutions concern a lot. One of the implication of new liberal empire is that distinction between public and private domain have been minimize in a sense that now in most cases we saw how the one particular public domain has been privatised  In india e.g. we have seen various law that favor the individual in the name of public good. The data of UNDP which reveal the true nature of state in a liberal way argue that on account of these policies and to counter the unfettered market for the inequality has gone drastically higher it is widely known.

In a widely accepted terms market has had huge Impact on how we we perceived the world around us . Marketism is one such aspects of brouder contour same increasingly reduced role of state has to be seen the in the context of market driven economy. which to some work for the few individual against the larger notion of welfare.As a result it hurts the poor in most acute fashion.for which it become subject of criticism on various account it’s operational capacity..ability of poor people to counter market forces has been negligible,particularly about their skills.

We have seen how the market operate within a given period but no institutions can serve the humanity at large by its own be it state or market there has to be rationalization of activity in order to function in right manner. SAP has had many things to proud of at the same time many things to worry as well because it sometimes tends to work in favour of few ones as a result didn’t meet the stated goal of reducing poverty in concern countries. the concerned thinkers caution that to begin with the goal of life need to be sustainable. however the question arise are we prepared at least for the same the insatiable human lust to get more n more has to be curb to have a more better society for humanity at large.