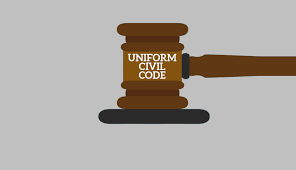 The National Democratic Alliance (NDA) government’s move to implement uniform civil code appears to have touched a raw nerve in the State, with reports evoking mixed, if not sharp, reactions.

Congress Working Committee member A.K. Antony led the critics of the move. Mr. Antony told in Delhi that the new round of discussion on the issue was a devious tactic to divide the people. The discussions should be viewed in the context of the upcoming Uttar Pradesh elections, which had made it imperative for the BJP to rake up a communal agenda.

Leader of the Opposition Ramesh Chennithala said the attempt to revive the debate on uniform civil code would only serve to undermine the secular traditions of the country.

The Indian Union Muslim League (IUML) too had reacted with party general secretary E.T. Mohammed Basheer promising to take the initiative to form a national platform against the move.

Meanwhile, the Kerala Muslim Jamat and the All India Jamiyyathul Ulama opposed the uniform code. Their leaders Kanthapuram A.P. Aboobacker Musliar and Sayed Ibrahim Khaleel Bukhari described the move as a violation of the right to freedom of religion guaranteed by the Constitution. They warned that it would be opposed.

The Centre’s move got a surprise supporter in Archbishop George Alancheri, head of the Syro Malabar Church. He was quoted as having welcomed the move in the larger interests of the unity and security of the country. The Church on earlier occasions had taken a non-committal stance on the issue. The Archbishop was also of the opinion that the uniform code should include all personal laws followed by various sections, including their traditions.

BJP State president Kummanam Rajasekharan felt that the opponents to the uniform code were in a time warp of the partition days. There was nothing wrong in aspiring to implement a constitutional mandate under the directive principles of the State policy.

IUML promises to take the initiative to form a national platform against the Centre’s move.