The Union Cabinet, chaired by Prime Minister Narendra Modi, on Tuesday gave its approval for updation of the National Population Register (NPR) with no requirement by people to submit any document or biometrics to prove their identity, and conducting of census of India 2021.

Announcing the decision taken in the Union Cabinet meeting, Union Human Resource Development Minister Prakash Javadekar said no proof will be sought from people during the process of NPR beginning April 2020.

He said that the upcoming NPR was no different than the one conducted in 2010 by the UPA government and that Census will cover the entire population in the country while NPR will cover all the population except in Assam.

The NPR updation exercise will be conducted between April and September 2020 in all states and Union Territories and a head count will be ready by February 2021 — the Census year.

Seeking to allay fears, the government had stressed that NPR is a “National Population Register, not a citizen register”.

“There is no need of any proof, document and biometric as we believe in people. Whatever you will say would be correct. All states have accepted and notified it. The states have also started their campaign,” Javadekar said at the press briefing.

“NPR will be on self declaration or self-certification basis and only head count will be done.”

Mentioning that all the states are providing training to their officers to conduct NPR, the Minister said the Cabinet has approved the proposal for conducting Census of India 2021 at a cost of Rs 8,754.23 crore and updation of NPR at a cost of Rs 3,941.35 crore.

He said that the NPR was first started in 2010 by the UPA government led by Prime Minister Manmohan Singh, ahead of Census 2011, and was last updated in 2015.

“The NPR will have to be updated every 10 years. Lakhs of enumerators will be going from house to house for the NPR,” said Javadekar, adding that from this year onwards, an app will be introduced to facilitate the process.

The NPR will help in ensuring that the benefits of welfare schemes reach the intended beneficiaries, he said, adding that it will be conducted by the Office of the Registrar General of India (RGI).

The NPR is a register of residents of the country, prepared at the local (village/sub-town), sub-district, district, state and national level under the provisions of the Citizenship Act, 1955 and the Citizenship (Registration of Citizens and Issue of National Identity Cards) Rules, 2003, which was subsequently updated in 2015 by seeding it with Aadhaar.

On Census, Javadekar said the largest administrative and statistical exercise in the world will be conducted in two phases — House listing and Housing Census (from April to September 2020) and Population Enumeration (from February 9 to February 28, 2021). The government said that 30 lakh field functionaries will complete this gigantic exercise — up from 28 lakh in 2011.

“Use of mobile app for data collection and the Central portal for monitoring purpose will ensure early release of Census data with improved quality. Data dissemination will be much better and in a user-friendly way so that all the queries on required parameters for policy making will be made available on the click of a button. Census-as-a-service (CaaS) will deliver on-demand data to ministries in a clean, machine-readable and actionable format,” a government statement said.

One of the major outcomes of these two mammoth exercises will be direct as well as indirect employment generation across India including the far-flung areas, the statement said.

“This will be in addition to the payment of honorarium to Census functionaries for additional work undertaken by them for Census and NPR.”

Approximately 48,000 persons, the statement said, will be engaged for about 2,900 days at the local levels. “In other words, around 2.4 crore man-days employment would be generated. Decennial population census is being conducted in India synchronously since 1872 without break. Census 2021 will be 16th census in the country and 8th after independence. Census is the biggest source of primary data at village, town and ward level providing micro level data on various parameters including housing conditions, amenities and assets, demography, religion, SC and ST, language, literacy and education, economic activity, migration and fertility,” it added.

The Census Act, 1948 and the Census Rules, 1990 provide the legal framework for the conduct of the census. 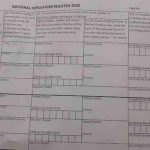