“Our vision of ‘Atmanirbhar Bharat’ is a well-thought, well-planned integrated economic strategy that is based on technological innovations and will ensure that India becomes a hub for it as well as plays an important role in the global development…. And therefore, the regulatory environment that we have been enabling has given priority to ensure the interest of both the country and the stakeholders,” Modi added while addressing the launch event virtually.

He cited examples of the use of geo-tagging of housing units for the poor, roads and other infrastructure projects, how development projects are being monitored by satellite imaging or even how space technology is being used in settlement of Pradhan Mantri Fasal Bima Yojna (crop insurance) claims.

Stating that the Union government’s approach to space reforms is based on four pillars, The Prime Minister listed those as: “the freedom of innovation to the private sector; the role of the government as an enabler; preparing youth for the future and to see the space sector as a resource for progress of the common man.”

Considered as the premier industry association of space and satellite companies, ISpA aspires to be the collective voice of the Indian space industry. It will undertake policy advocacy and engage with all stakeholders in the Indian space domain, including the government and its agencies. ISpA will help in making India self-reliant, technologically advanced and a leading player in the space arena.

He spoke about how the SpaceComm and Remote Sensing policies are being finalised with inputs from all stakeholders.

“The greed to rule space divided countries in the 20th century but in the 21st century, India will have to ensure that space will unite the world,” he concluded.

(With the inputs of IANS). 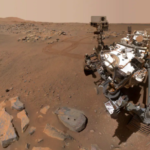 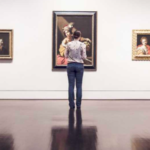